Marios Polycarpou is a Professor of Electrical and Computer Engineering and the Director of the KIOS Research and Innovation Center of Excellence at the University of Cyprus. He is also a Member of the Cyprus Academy of Sciences, Letters, and Arts, and an Honorary Professor of Imperial College London. He received the B.A degree in Computer Science and the B.Sc. in Electrical Engineering, both from Rice University, USA in 1987, and the M.S. and Ph.D. degrees in Electrical Engineering from the University of Southern California, in 1989 and 1992 respectively. His teaching and research interests are in intelligent systems and networks, adaptive and learning control systems, fault diagnosis, machine learning, and critical infrastructure systems. Dr. Polycarpou has published more than 400 articles in refereed journals, edited books and refereed conference proceedings, and co-authored 7 books. He is also the holder of 6 patents.

Prof. Polycarpou received the 2016 IEEE Neural Networks Pioneer Award. He is a Fellow of IEEE and IFAC and the recipient of the 2014 Best Paper Award for the journal Building and Environment (Elsevier). He served as the President of the IEEE Computational Intelligence Society (2012-2013), as the President of the European Control Association (2017-2019), and as the Editor-in-Chief of the IEEE Transactions on Neural Networks and Learning Systems (2004-2010). Prof. Polycarpou currently serves on the Editorial Boards of the Proceedings of the IEEE, the Annual Reviews in Control, and the Foundations and Trends in Systems and Control. His research work has been funded by several agencies and industry in Europe and the United States, including the prestigious European Research Council (ERC) Advanced Grant, the ERC Synergy Grant and the EU Teaming project.

Dr. Magnus Egerstedt is the Dean of Engineering and a Professor in the Department of Electrical Engineering and Computer Science at the University of California, Irvine. Prior to joining UCI, Egerstedt was on the faculty at the Georgia Institute of Technology. He received the M.S. degree in Engineering Physics and the Ph.D. degree in Applied Mathematics from the Royal Institute of Technology, Stockholm, Sweden, the B.A. degree in Philosophy from Stockholm University, and was a Postdoctoral Scholar at Harvard University. Dr. Egerstedt conducts research in the areas of control theory and robotics, with particular focus on control and coordination of multi-robot systems. Magnus Egerstedt is a Fellow of IEEE and IFAC, and is a Foreign member of the Royal Swedish Academy of Engineering Science. He has received a number of teaching and research awards, including the Ragazzini Award, the O. Hugo Schuck Best Paper Award, the Outstanding Doctoral Advisor Award and the HKN Outstanding Teacher Award from Georgia Tech, and the Alumni of the Year Award from the Royal Institute of Technology. 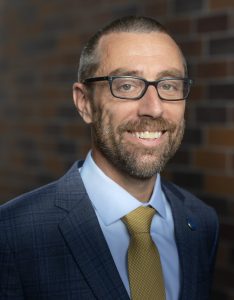 Sandra Hirche holds the TUM Liesel Beckmann Distinguished Professorship and heads the Chair of Information-oriented Control in the Faculty of Electrical and Computer Engineering at Technical University of Munich (TUM), Germany (since 2013). She received the diploma engineer degree in Aeronautical and Aerospace Engineering in 2002 from the Technical University Berlin, Germany, and the Doctor of Engineering degree in Electrical and Computer Engineering in 2005 from the Technische Universität München, Munich, Germany. From 2005-2007 she has been a PostDoc Fellow of the Japanese Society for the Promotion of Science at the Fujita Laboratory at Tokyo Institute of Technology, Japan. Prior to her present appointment she has been an Associate Professor at TUM.

Her main research interests include learning, cooperative, and networked control with applications in human-robot interaction, multi-robot systems, and general robotics. She has published more than 200 papers in international journals, books and refereed conferences. She has received multiple awards such as the Rohde & Schwarz Award for her PhD thesis, the IFAC World Congress Best Poster Award in 2005 and – together with students –  Best Paper Awards of IEEE Worldhaptics and IFAC Conference of Manoeuvring and Control of Marine Craft in 2009 and the Outstanding Student Paper Award of the IEEE Conference on Decision and Control 2018. In 2013 she has been awarded with an ERC Starting Grant on the “Control based on Human Models” and in 2019 with the ERC Consolidator Grant on “Safe data-driven control for human-centric systems”. 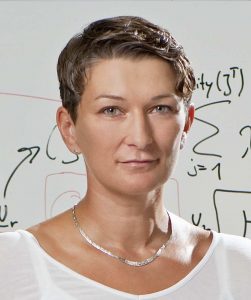 He has held visiting positions at the Universities of Bologna and Padua, Italy, and multiple summer faculty fellowships at AFRL. The research activity of Prof. Serrani lies at the intersection of methodological aspects of nonlinear, adaptive and geometric control theory with applications in aerospace and marine systems, fluidic systems, robotics and automotive engineering. His work has been supported by AFRL, NSF, Ford Motor Co. and NASA, among others.

Prof. Serrani has authored or co-authored more than 150 articles in journals, proceedings of international conferences and book chapters, and is the co-author of the book Robust Autonomous Guidance: An Internal Model Approach published by Springer-Verlag. Prof. Serrani was a Distinguished Lecturer of the IEEE CSS. Prof. Serrani is the Editor-in-Chief of the IEEE Trans. on Control Systems Technology and a past Associate Editor for the same journal (2010-2016), Automatica (2008-2014) and the Int. Journal of Robust and Nonlinear Control (2006-2014). He serves on the Conference Editorial Boards of IEEE CSS and IFAC, served as Program Chair for the 2019 ACC, and will serve as General Co-chair for the 2022 CDC.

John Ringwood received the HonsDipEE from TU Dublin, the BSc(Eng) in electrical engineering from Trinity College Dublin (both in 1981), and the PhD in control systems from Strathclyde University (1984). He subsequently received an MA in music technology from Maynooth University in 2005. He spent 15 years in Dublin City University as a member of academic staff in the School of Electronic Engineering, with concurrent terms as a visiting academic in Massey University and the University of Auckland. He joined Maynooth University in 2000, as chair professor and founding head of the Dept. of Electronic Engineering and built the Dept. from a greenfield site, also serving as Dean of Engineering from 2001 to 2006. He is currently Professor of Electronic Engineering and Director of the Centre for Ocean Energy Research in Maynooth University. He is Associate Editor for IEEE Trans. on Sustainable Energy and the Journal of Ocean Engineering and Marine Energy, Subject Editor for Energies, and Deputy Subject Editor for IET RPG. John received the 2016 IEEE Control Systems Magazine Outstanding Paper Award and was awarded Chevalier des Palmes Academiques by the French Government in 2017 for his contribution to ocean energy research. In addition to over 400 peer-reviewed publications, he is co-author of the book Hydrodynamic Control of Wave Energy Devices (with Umesh Korde), and holds 3 patents. His commercialization activities, which include the spin-out company Wave Venture, has been recognized by Enterprise Ireland (2008 Industrial Technologies Commercialization Award) and Maynooth University (2013 Commercialisation Award). His research interests are in ocean and renewable energy, control systems, and biomedical engineering. 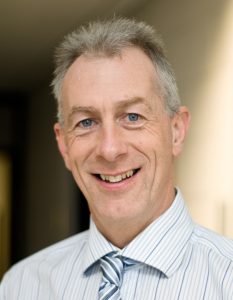 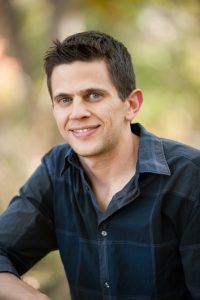 Barry Lennox is Fellow of the Royal Academy of Engineering and Professor of Applied Control and Nuclear Engineering Decommissioning at The University of Manchester. He holds a Royal Academy Chair in Emerging Technologies and is the Director of the Robotics and Artificial Intelligence for Nuclear (RAIN) Research Hub that received £15M of funding through the ISCF Robotics for a Safer World programme. RAIN has led to many first-of-a-kind robotic deployments, including CARMA, which became the first fully autonomous robot to be deployed into an active facility on the Sellafield site. Professor Lennox also leads the £5M EPSRC Programme Grant: Robotics for Nuclear Environments and the robotics work within various other programmes including the EPSRC ALACANDRA project. 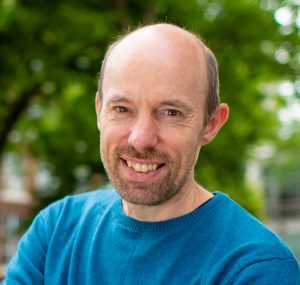 The University of Manchester, UK

Sophie Tarbouriech received the Ph.D. and HDR degrees in automatic control from University Paul Sabatier, Toulouse, France, in 1991 and 1998, respectively. From 1991, she has been full-time CNRS researcher in LAAS-CNRS, Toulouse. She is currently Director of Research. During 2013-2015, she was recipient of a Special Visiting Researcher fellowship, in the context of the Science without Borders Program, in Brazil. Her main research interests include analysis and control of linear and nonlinear systems with constraints (limited information), hybrid dynamical systems, event-based control, control of systems described by PDEs, and applications in flight control, aerospace and more recently control of anesthesia. Her research has benefited from numerous scientific collaborations with a broad range of national and international colleagues but also from industrial grants. Dr. Tarbouriech is currently an Associate Editor for SIAM Journal on Control and Optimization and a Senior Editor for IEEE Control Systems Letters and Automatica. From 2005, she acted as Associate Editor (AE) for several in- ternational journals (IET Control Theory and Applications; IJRNC, European Journal of Control, IEEE Transactions on Automatic Control, IEEE Transactions on Control Systems Technology, Automatica). She has also been involved in IFAC and IEEE activities. In particular she is currently member of the IFAC Conference Board, Vice-Chair CC 2 – Design Methods (2020-2023) and a member of the IEEE CSS Board of Governors (2022-2024). 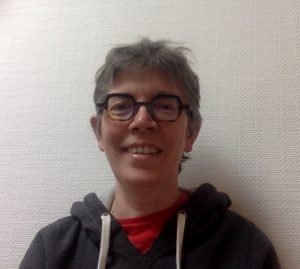